A riot in Spring

My return trip on the Haytor Hoppa

One walking highlight of last year was a blissful day spent among the bluebells and tors of Dartmoor's eastern flanks. With the Haytor Hoppa service running again this summer, I was looking forward to returning to my stomping grounds of old.

The Haytor Hoppa web page suggests a number of walks, both circular and linear, that start and finish on the bus route. This time I set my mind on one of the longer routes, a 7.5 mile circular starting at Manaton and heading over to the village of Lustleigh and back via the beautiful wooded Cleave. The day promised much, with a forecast of clear skies and a light breeze. I was already counting my blessings as the bus made its way up out of Bovey Tracey and onto the moor. 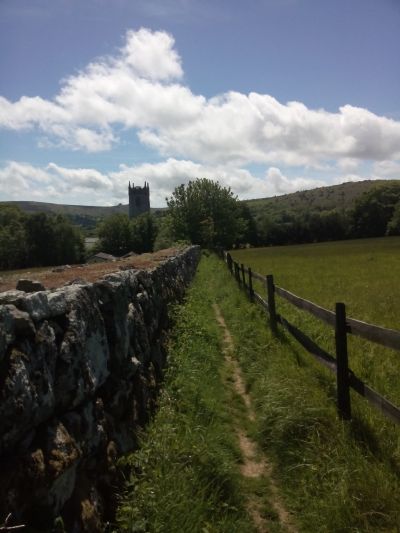 Several other passengers alighted at Manaton, armed with the same printed route as me. Together, we oriented ourselves - they decided to follow the advised route while I took a slight deviation to avoid walking along the lane, opting instead to go via the churchyard and a beautiful little path close to the small summit of Manaton Rocks.

By mid-morning, the sun was giving off a comfortable heat and the birdsong was a joy to hear. The bluebells were in abundance in the woods, while the buttercups put on a show in the meadows; there were a host of others that I was, to my shame after many years in the countryside, unable to identify. I rested at the top of Hunters Tor and surveyed the hills and woods, trying to match the near and distant on my map. As I gradually descended from the ridge, the views over Lustleigh Cleave become ever more wonderful and I couldn’t avoid the temptation to tiptoe atop the rocks protruding from the lush canopy. 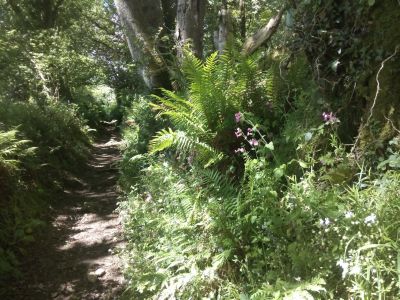 As well as a small shop/Post Office, Lustleigh has a popular tearooms and thatched Inn. After some deliberation, I opted for a takeaway ice cream to eat in the small community orchard-come-playground. After that, it was back up and over and into the Cleave for a quick paddle in the river before the final leg back into Water and the Kestor Inn. I’d intentionally allowed for enough time for a quick pint before the last bus was due. 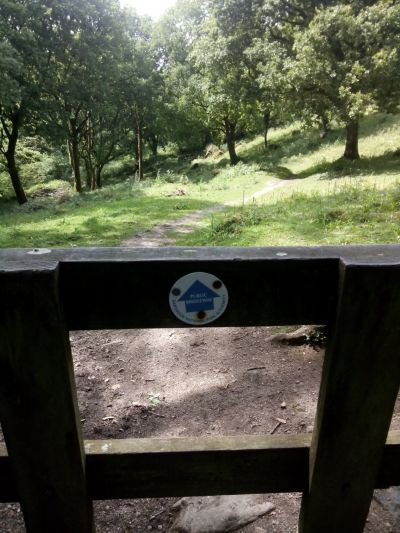 The faces and chatter on board as as we came down from the moor told stories of good times had by all. I recognised a few folk from my journey in, and we exchanged nods and smiles as we alighted at the station for our onward journeys. Maybe I'll see some of them again before the season is out; I'll certainly be making further use of the Hoppa.

This year, the Haytor Hoppa operates between 26 May and 15 September.