An ode to those little green dashes

An appreciation of exploring the lesser-walked paths

They are found all across the country, weaving and intersecting in what often appear to be completely unplanned patterns. Some are ancient, some more recent; some have names, others are anonymous. Some are concrete highways, others are barely there at all. And on a recent walk in eastern Kent, my sister and I tramped along almost every type of footpath.

The walk from Folkestone to the village of Alkham is not one you will find in the walking books, or even plotted out on this website. Most people in that part of England will, understandably, head for the coast and enjoy the popular paths there. But we had personal reasons for making this journey: a much-loved relative passed away during lockdown and was buried in Alkham, and we wanted to say a last goodbye. There is a bus from Folkestone, but with the spring sun well and truly out, it seemed appropriate to take our time. 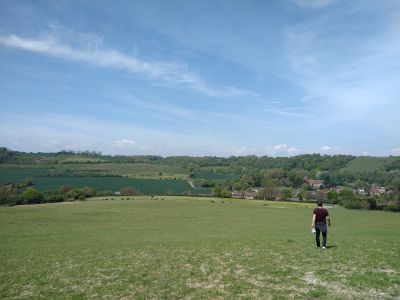 With a map purchased specially for the day, we began plotting a route through the Kent countryside from the main station. The obvious direction seemed to be: head onto the hills above Folkestone and head north-ish. But what seems obvious on paper is not always so in the edgelands of a towns. Flashbacks to Duke of Edinburgh expeditions were frequent as I traced a finger along those little green dashes, took bearings, checked the contours and kept count of field boundaries. Old skills that, while unused for a while, had thankfully not disappeared.

Ordnance Survey maps are, in my view, the finest of their kind in the world, but it’s fair to say they deal in facts rather than opinions. A green dashed line represents a path, of course, but this could be a lovingly tended route up a popular mountain – or it could represent a barely-there thread through an overgrown scrubland thick with nettles and brambles. The latter is what we encountered as we headed out of the town towards Capel-le-Ferne. It was a mess, something to bring an access rights officer out in a cold sweat. It did, however, evoke yet more childhood memories as I selected a suitably hefty stick for whacking a way through the vegetation. 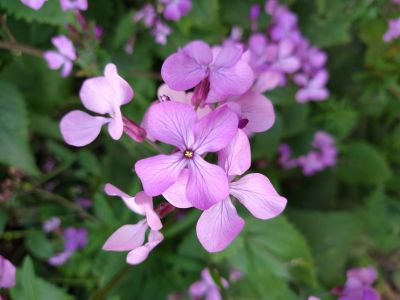 As we weaved our way inland, the footpaths revealed yet more of their quirks and mysteries. Why were there so many heading in the same direction? Why did this one lead out from a village and then just stop? Did this one really go straight into the dual carriageway and just stop? The answers often lie in their age and original purpose. Our national network of footpaths now serves as an almost endless range of opportunities for walkers, but the majority were once the principle ways for people to get about. The path we took – which did, as it turned out, end abruptly at the road – was surely there long before the first load of concrete was spread across it. It took yet more nettle-bashing, this time with one or two stumbles, to make our way to the nearest bridge and onwards to Alkham.

We paid our respects, ordered pints and tended to stings and scratches. And with the May sun still blasting down, what better way to finish than onwards to Dover? Upon hitting the coast the paths were, unsurprisingly, far more well trodden, meaning navigation was much easier – but perhaps a little less involving. Footpaths come in many forms, and sometimes it’s fun to pick out the lesser-known ones and refresh those rusty map-reading skills. 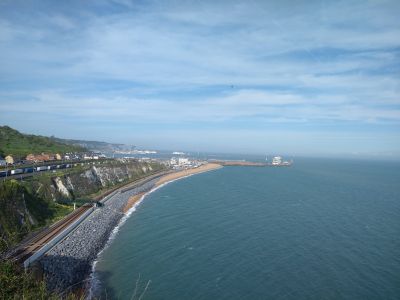 Looking over to Dover. No bluebirds, though.

There are numerous paths heading from Folkestone to Alkham, and on to Dover, so choose your own adventure if you want to retrace these steps. Alternatively, pick out a few unknown paths near your home and plan your own ‘lesser trodden’ route!

Certain buses between Folkestone and Dover stop at Alkham (roughly once an hour) and there is also a pub in the village.