Making the most of a wet week in the Peaks

From the window of our holiday cottage, I can see the whole route. Across the fields to Lose Hill; along the ridge via Hollins Cross; up and over Mam Tor; then a steep descent from Winnats Head into Castleton, followed by a well-earned visit to one of its many teashops.

As a plan it's excellent, but there are two problems. First, despite having curly hair and brown eyes, my kids have not inherited the walking gene. Second, we have timed our visit to the Peak District during one of the wettest Junes on record. Dragging them out in that deluge is unlikely to persuade them of the delights of hiking. My hills remain both close and very far away. 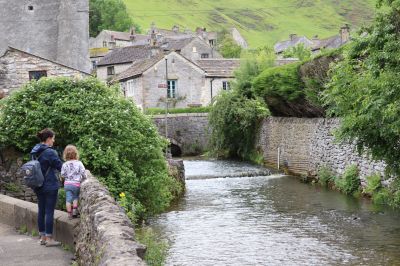 For two days, we stick to that tried and trusted summer holiday routine. We make pots of tea. We watch endless repeats of Come Dine With Me. My daughter and I venture to the village shop and go through the performance of me saying she can’t have any sweets, and her simply biding her time, knowing she’ll win. During a brief lull in the downpours, we even head out to a teashop in the village, but it doesn’t taste the same when you haven’t earned it with a walk. 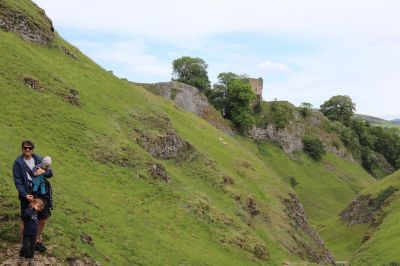 And then, on the third day, the sun rises. Not fully; it’s still peeking out sheepishly from behind a very broody cloud, not sure if it wants to come out and play. But it’s enough for me to convince the others to pull on their boots. I know the ridge walk is out – and perhaps eight miles is a bit far for a reluctant three-year-old and a baby – so instead I set our collective sights on a meander up Cave Dale, just a short hop from our hired front door. 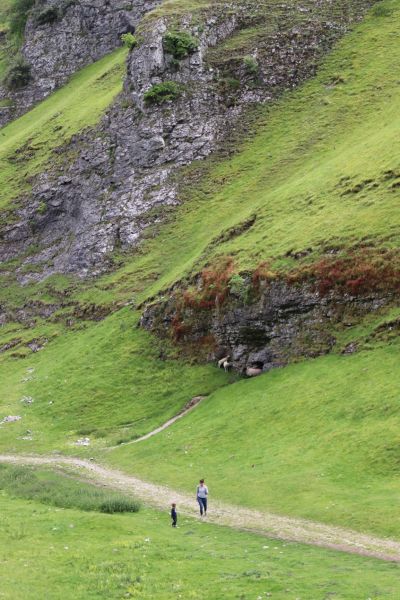 The dale proves a winner all round. There are sheep, wildflowers, little waterfalls along the path, all of which provide excellent distractions. Meanwhile, Peveril Castle looms above us as we slowly climb, although my daughter refuses to believe there are no princes or princesses living there. Best of all, for both me and the tiddlers, are the numerous little entrances hiding behind nettle patches and sheep droppings, which offer tantalising glimpses into the underworld that I once regularly frequented, back in those gloriously empty child-free days of youth.

The only thing Cave Dale lacks is an obvious summit at which to turn back. So, with the clouds gathering once more, we take a photo and retreat to the village. I’ve got my walk in. Not the one I’d planned, but a great afternoon out all the same.

And with muddy boots and ruddy faces, the tea and cake taste so much better this time around. 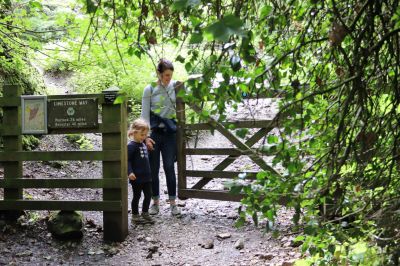 Buses run from Sheffield to Castleton roughly every hour during the day, with occasional buses to other parts of the Peak District as well. Hope Station is a short walk away (about 1 hour, or 5 hours if you have children who insist on examining every single dandelion).

Castleton has many options, including a Youth Hostel. We booked with Sykes Cottages.

Where to eat and drink

If you can’t find sustenance in Castleton, you need to have a look at yourself. We ate in the Peak Hotel and tea-and-caked in the Peveril Tea Rooms, both of which were great – but so are most places in the village. There are also two well-stocked village shops.