A walk without kids in North Norfolk

Holidays are different with kids. They used to be a time to head for the hills and tick off some long-targeted routes; now, they are meticulously planned around a different set of priorities: where can we get essential supplies? What will we do if it’s too rainy for the beach? How many chips are too many chips for a two-year-old?

There’s no reason that you can’t enjoy a walk with the kids, but it’s not quite the same. It’s slower for one thing, particularly with my little one; while she has inherited my love of music and chocolate, the walking genes seem to have passed her by. She usually lasts about three minutes before wanting to be carried or head home to her books and toys. 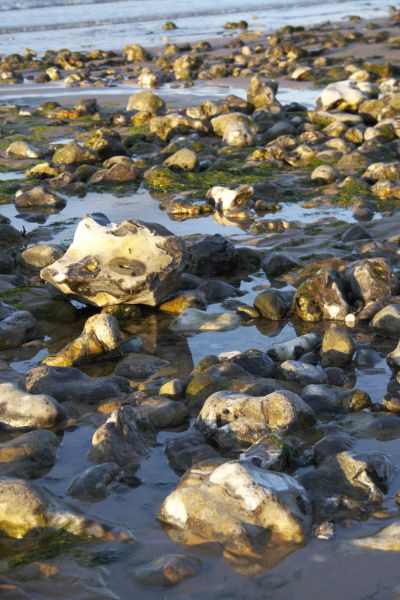 So, last summer, as we set off for the North Norfolk Coast, I’d not even looked up any options for a stroll near to our rented cottage in East Runton. I was anticipating a week based around the beach, the playground and the fish and chip shop. But I had also forgotten the old adage that sea air makes you sleepy. The afternoon nap quickly extended from under an hour to over two, giving me the perfect window to sneak out on my own for a bit. Our cottage even had a supply of local OS maps – always the mark of thoughtful hosts – and I swiftly picked out a circuit.

Norfolk isn’t noted for its hills, but one of the few – Incleborough Hill – was just south of the village. Heading away from the beach for the first time that week, I quickly made my way through the scrubby forest around the base of the hill and reached the top to find a mix of heather, crisscrossing footpaths and dog walkers. From here, I could pick out the places we had visited during the week (thanks to the Coasthopper bus): Cromer Pier, Runton Beach, Blakeney and its marshes. I also realised I had forgotten to bring my camera, but no matter; some views can be enjoyed for what they are, with no need to capture and share them.

The descent to West Runton took just a few minutes; I’d forgotten how quickly you can cover the ground when you aren’t stopping to examine every stone, every leaf, every snail. All that was left to decide was whether to return via the cliff-top path or the beach. I opted for the former; there was every chance we’d be back on the beach the next day, searching for crabs and braving the sea. The grassy cliffs were also easier underfoot than the shingle below and, back outside the cottage, I realised I’d completed the whole walk in a little over an hour. There were at least forty-five minutes of the afternoon nap to go.

I studied the map once more, to see what else could be squeezed in, when I remembered that East Runton has a pub. Here was another pastime I’ve been neglecting since becoming a father, and there was enough time left to put that right, for today at least. 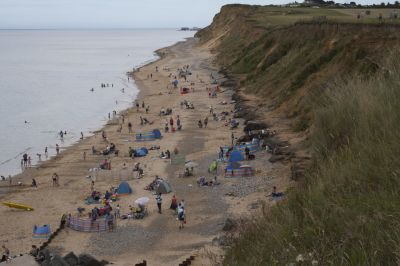