Down by the riverside

Enjoying the finer side of London life

London and I have never really got on. I find the capital loud and overcrowded, expensive and grubby. London, in return, is utterly indifferent to my very existence. So we share little common ground, it’s fair to say. But there is one corner of England’s cocky, choked capital that I am always happy to revisit.

The stretch of the Thames Path from Kingston to Twickenham is a relatively short walk – somewhere between three and four miles – but offers a taste of London’s prettier, friendlier side. There are no flashing neon signs here, and hardly any sky-high glass buildings. Instead, you’ll pass riverside pubs and sailing clubs, and greet as many swans, ducks and moorhens as you could ever wish to. 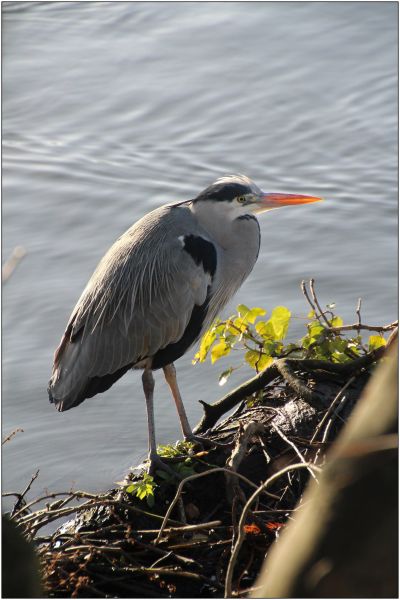 I visited last autumn on a grey November day, long before lockdown was a word in daily use. From the bus station in Kingston, I wilfully avoided joining the crowds heading for the Bentall Centre, instead joining the joggers and strollers down by the riverside. Instantly, I felt my spirits rise: this is my kind of London, and the Thames is its finest asset. I am hardly alone in singing the river’s praises – the Kinks did so long before I was born – but the moment I saw it again, I felt my spirits lift. This is what London means to me: walking by the water.

Heading north on the eastern bank, the path sticks to the river, passing through a mix of parks and quiet(ish) streets, with several pubs and cafes tempting me to escape the worsening elements. But I continued on to Teddington weir, a sight that always leaves an impression. 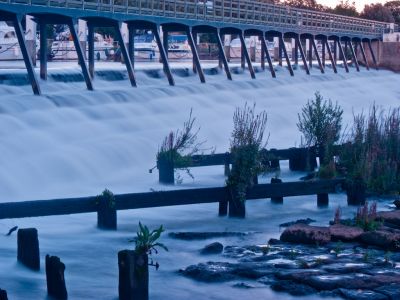 If I’d had a full day free, I would have continued along the eastern bank, which continues for a few miles more through parkland until Richmond. But with only a couple of hours to spare, I reluctantly crossed the bridge into Teddington. Over on the opposite bank, London reverts back to its infuriating self – traffic, buildings, concrete – and forces walkers away from the riverside for nearly a mile.

In an ideal world, the banks of this world-famous river would be open for everyone to enjoy, but no; at some point in the past, various people decided that they needed it for themselves, building houses and parking spaces over the place I wanted to be. Instead of fuming, though, I simply stepped up the pace along the road into Twickenham, where I could rejoin the river.

After a few years away, this was the place I really wanted to revisit. For four years, my girlfriend (now wife) lived here and on weekend visits, I got to know the place well. Not just its famous rugby stadiums, but the narrow side streets that lead to and from the water, and to the curious Eel Pie Island, a place alien to the city that swells to the east. I crossed over the bridge and had a little nosy about, wondering about what type of person seeks the island life in the midst of one of Europe’s largest cities. 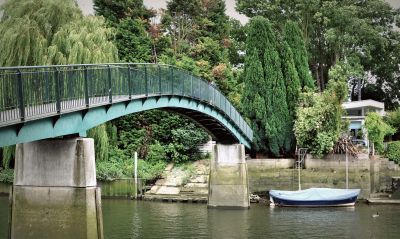 During those four years of visiting, I also got to know Twickenham’s many pubs, and I finished my short but satisfying walk in one of the best, The White Swan. London did its best to get one final dig in with the staggering price of a pint,* but with a view like this – overlooking the Thames and the far end of Eel Pie island – I decided, just this once, it was worth it.

* Not expensive by London standards - just for anyone who doesn't live in the south-east!

There are very regular buses and trains all around this part of London.

The White Swan is the best bet for a drink, but there are plenty to explore. For more options, try Church Street in Twickenham, which has lots of cafes and pubs.

To learn a little more about Twickenham’s history and secret corners, try this walk around Twickenham.

If you want to avoid the road walk from Teddington to Twickenham, you can take a bus to skip that part. Alternatively, stay on the eastern side of the river and cross using the Hammerton’s Ferry service, or, if time allows, continue into Richmond, from where you can head back into Twickenham on the other side of the Thames.