While itâ€™s always fun to explore new places, thereâ€™s something special about returning to well-known hills and retracing previous steps along familiar paths

During six years living in Brighton, the South Downs doubled as my backyard: peaceful hikes around Telscombe and Castle Hill; regular jaunts over to Lewes; taking visitors to Arundel and the Seven Sisters. And many, many weekends spent hunting for lost DofE groups anywhere from Washington to Beachy Head. 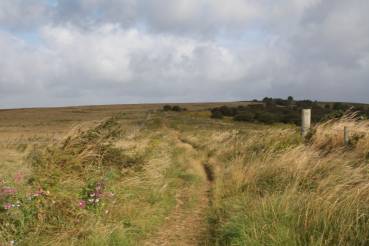 But in all that time, I never manged to do what most people do on the Downs – tick off a long linear stretch in one day. It was time to right that wrong, and so, with an August day to spare before a family event in London, I got on the train and set off to enjoy these sea-gazing hills once more.

Beyond the fixed starting point of Amberley station, I left the day’s plans open-ended. The coastal railway that runs parallel to the Downs meant it would be easy to reach London the next day, so I simply aimed to walk east for as long as the daylight allowed and pitch camp wherever I finished. Maybe there would be some wildlife-spotting as dusk crept in, stalking badgers Springwatch-style, or a pint of Harveys in a friendly pub… 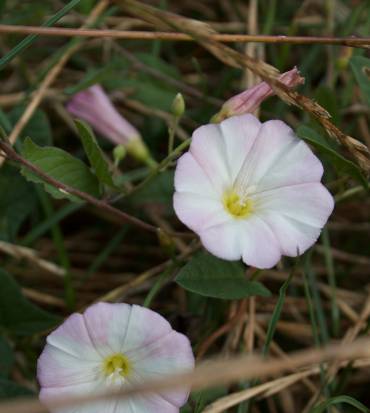 Except, of course, I hadn’t factored in the English weather. Bright sunshine in the height of summer? Not a chance. The dark clouds were loitering to the west as I left the station, and they had caught me up by the time I reached Amberley Mount. They burst at Rackham Hill and within two minutes I was soaked. Would the sea breeze blow it over, I pondered hopefully? No; a downpour ensued, and didn’t let up for five saturated hours.

At Botolphs, the sun finally broke through and I stopped at a bench to wring out my socks. A troupe of similarly bedraggled cyclists passed me, smiling ruefully at the fellow idiot who hadn’t checked the forecast. All thoughts of a night beneath the stars had been long since banished; I trudged up to the youth hostel at Truleigh Hill with my mind focused solely on their showers, drying room and bar. 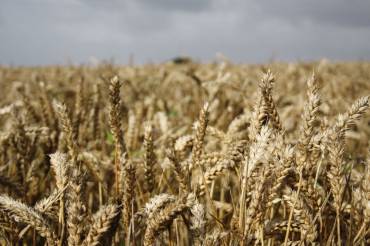 Two hours later, though, with the tent put up, the socks hung out and a beer in hand, I recalled the aim of this trip – to reconnect with the South Downs. So, as the last hostel lights were turned off, I dug out my head torch and set off along the trail to Edburton Hill. A brilliant full moon cast sharply defined shadows across chalk path, and the creatures of the night could be heard all around me. Finally, it felt good to be back. 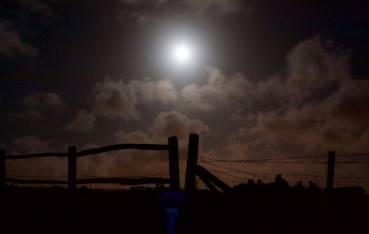