At times, a great walk can be right under your nose without you even realising

Growing up in Wiltshire, I must have seen the Ridgeway on many occasions: on family day trips to Avebury, near to its westerly end; on my annual pilgrimage to watch Swindon Town; on school field trips to survey the rare plants on its south-facing chalk slopes. Somehow, that distinctive crest never really registered. Why wonder about hills when the football results were just about to start? 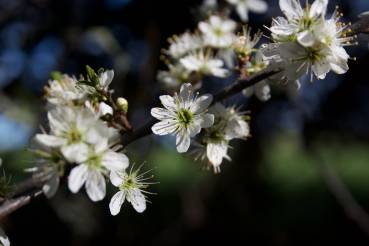 Now middle-aged, and living a long way from Wiltshire, I decided it was time to return to my roots and explore a little more deeply. And I also dragged my dad, a patient companion for all those deflating Swindon Town defeats, along for the weekend.

Hail and snow greeted us as we arrived at Swindon station. Such weather is not unheard of in the UK in April, but it’s not exactly ideal with two days of walking ahead and few get-out options if we were to reach our bed and breakfast that evening. That’s the one downside of a long-distance linear walk; you’re committed to completing it, even if the elements aren’t in your favour.

But on arrival at Foxhills, a bus stop outside Swindon that sits right next to the Ridgeway, the heavens had closed, temporarily at least. Grey clouds loomed on all sides, however, so we got going right away and were soon eating up the miles along this ancient road. The walking is pretty straightforward, on this section at least: it’s a wide track that follows, well, the ridge way, making navigation simple and progress relatively quick. 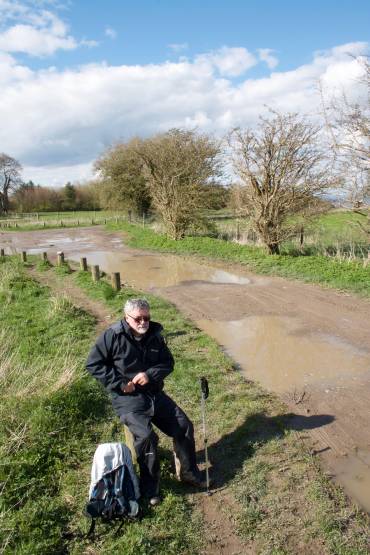 Not long after lunch, we reached Wayland’s Smithy, a Neolithic chambered long barrow and one of many ancient sites along the route. Confession time: despite historical sites being one of the Ridgeway’s major selling points, I am never that fussed by them. Perhaps it’s a legacy of growing up near Stonehenge; one person’s wonder of the world is another’s tedious day out. “No one knows exactly why people in ancient times brought these giant stones all the way from Wales…” explains the audio tour guides. And who cares? If that’s what passed for fun in those days, so be it, but it was of little interest to me, then or now. 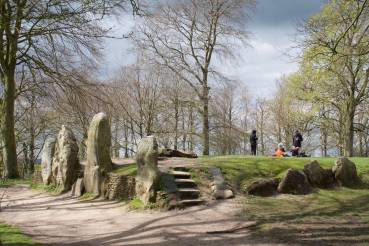 And yet Wayland’s Smithy place seemed a little more intriguing. No matter how old it was (I am a little vague on exactly when ‘Neolithic times’ were), it had a sense of place that other such sites have often lacked. Perhaps the grey skies added the required sense of mystery; maybe it was just the buzz of too many jelly babies. Either way, I had a spring in my step as we left the site and continued heading eastwards.

The sun was out in force as we neared Letcombe Regis and our overnight stop. And as we descended via Round Hill, we finally found what I had been hoping to see on the route: red kites. One landed in the grass just a few metres from us, close enough to admire without the need for binoculars. Dad and I both watched it, captivated, before it soared off to circle overhead once more. We set off as well, thoughts of a hot shower, pub and bed calling us. Maybe to some people the thought of watching red kites is as uninspiring as ancient sites are to me, but that’s another selling point of the Ridgeway: there’s something for every type of walker along the way. 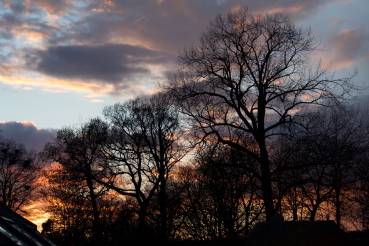