Heading back to the heart of Scotland

The journey is part of the adventure, according to popular wisdom. That’s just as well when you’re starting out on a nine-hour trip from London to Corrour. And before that there’s the misery of the Tube in rush hour to endure, my backpack attracting disapproving stares from almost every other passenger.

Thankfully, things get less stressful at Euston. This is a journey I’ve made several times before, and my routine is fine-tuned. I enjoy a coffee and a cover-to-cover read of the newspaper as the train winds through the capital’s suburbs and then the Home Counties. Plenty to enjoy here on foot, but it doesn’t make for spectacular views from the train. And I want to make sure I’ve finished with the paper by the time we reach Preston, to enjoy the Forest of Bowland without distraction. 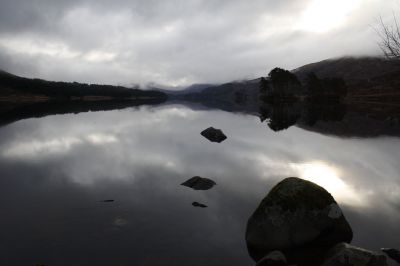 The vista improves further as we head north. First the Pennines to the right; then glimpses of the eastern fells of the Lakes, and the Howgills opposite. All places that whet the appetite of any walker.

I doze off as we pass through the Borders, waking in Glasgow to meet my old friend Gordon who has journeyed via the East Coast route. We start off on the Iron Road to the Isles and the stations read like old friends. Dalmuir to Helensburgh Upper takes us along the Clyde, before reaching Gare Loch and the naval base near Garelochead. The hills of Argyll provide an ever-rising backdrop to Loch Long before we reach Arrochar & Tarbet, the distinctive Ben Arthur (or The Cobbler if you must) stood across the water. 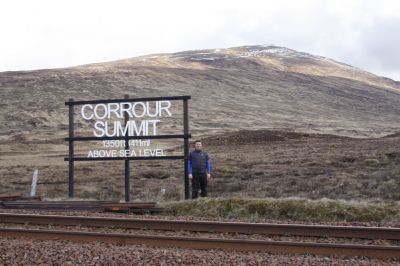 I make the same mental note as ever at Ardlui – must stop here one time and do the walk via Ben Vorlich to Beinn Ime – before we pause at Crianlarich at the northern end of Loch Lomond. This is the Trossachs, my old stomping ground, and it feels good to be back, even just passing through.

The track splits and we rattle along via Upper Tyndrum, its lower sister lost beneath the imposing eastern face of Ben Lui. Around the loop at Allt Chonoghlais and next we’re at Bridge of Orchy. (Another set of hills I must come back to climb one day. After Ardlui.) And then we’re on Rannoch Moor, and the smartphones go into overdrive as people capture their own memories of this beloved corner of Scotland. The red deer are out in force as always, happy to pose for snaps. 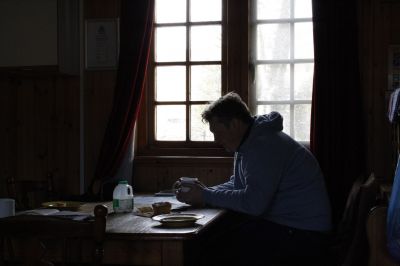 We’re the only passengers alighting at Corrour station, recently restored and looking better than ever. It’s a short walk to Loch Ossian youth hostel, but far enough with a backpack overflowing with hill food, books and treats for the evenings. And the hostel scene on arrival is as familiar as the journey. Two old timers drink hot chocolate, muttering about how the hostel isn’t quite like it used to be.

A couple argue awkwardly over who got the navigation wrong that day, their annoyance muted in this confined, shared space. The remaining guests sit silently around the edges of the room, before one debates with himself whether the fire needs another log and wanders over to check. Later, the gossip turns to the new Swedish owner of the estate, who has been seen in the pub at the station more often of late, and is insisting that it stocks sweets from her homeland. Some of the guests are clearly here often and know the comings and goings of the few that make Corrour their home. 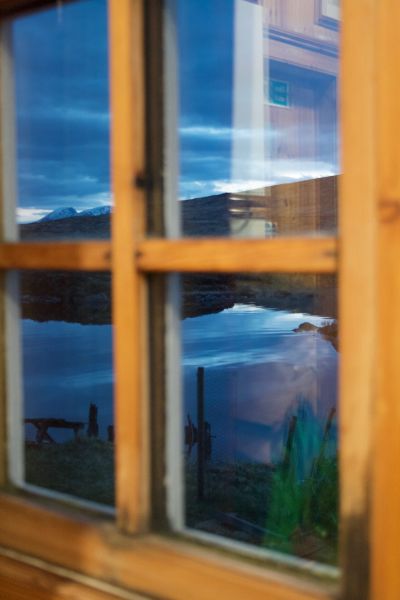 The room is nearly as cramped as the Tube I was on earlier, but feels many, many miles away. We find a space in the corner, crack open the whisky and then unfold the map to plan our route for tomorrow.