Round Wood and back

Enjoying the coast and farmland of East Anglia

Like many walkers, I have a list: the hills I have to climb, the places to visit next. But in between these longer trips, a stroll from the front door is a good way to pass the time. Especially when it’s not my own front door.

If my father hadn’t moved to Suffolk, it’s probable that I would never have set foot in the county. It’s not a place that had cropped up on my to-do list; I knew little about the place, certainly not enough to spark a yearning. But it turns out I was wrong; Suffolk should be on every walker’s horizons. 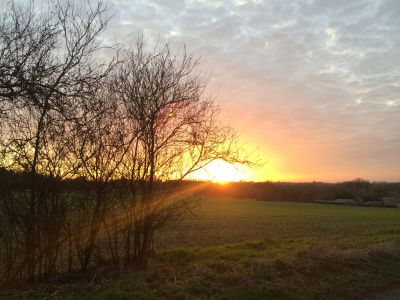 An obvious destination is the coastal region in the east of the county. Here you will find the Anglo-Saxon burial site of Sutton Hoo, a world-famous nature reserve at Minsmere, villages lost to the sea - and even a nuclear power station for those who like a bit of industrial interest on their travels. Further north is the popular town of Southwold, with excellent walks either north or south from here. Walberswick and Aldeburgh also make for good bases to explore the coast on foot.

A personal favourite is not actually on the coast, but instead along an estuary. A stroll along the River Deben from Woodbridge, starting at the town’s small harbour, is a delight in (almost) all weathers. And if the tide is out, there will be plenty of opportunities to practice your bird identification skills: the mudflats are teeming with waders searching for snacks below the surface.

On my most recent visit, however, I didn’t make it to the seaside. Winter days are short and the buses from Otley, where my dad lives, are irregular. Luckily, it’s possible to head in any direction from the village centre and quickly find yourself yomping along a footpath through the countryside.

Round Wood, little more than half an hour’s walk from Otley, is not instantly remarkable – other than having that touch of magic that every woodland holds. As I approach, a switch in my memory flicks, bringing up stories from childhood: Winnie The Pooh, Danny The Champion Of The World, The Hobbit. A wood, even a small one such as this, always raises questions. Do badgers live in here? Owls, maybe? Which wildflowers can be found? Which birds lurk within? 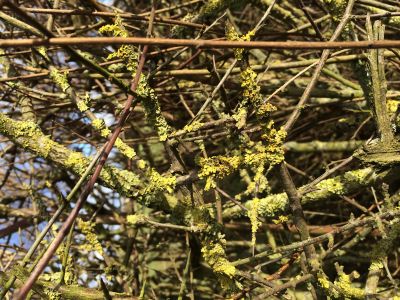 Sadly, Round Wood keeps its secrets hidden from view. A sign forbids entry, citing conservation reasons. The numerous trays of seed placed between the trees suggest one particular species – a plump, low-flying one – is treasured over all others, so that it can later be flushed out towards the waiting guns. Danny and his father would have had fun in here.

But no need to dwell on that, as there are creatures to be spotted elsewhere in rural Suffolk. Heading on, I spot a kestrel in the distance, a distinct silhouette against the winter sky. There is regular scurrying in the hedgerows – blackbirds, no doubt – and a wren makes an appearance as I head past another thin line of trees. 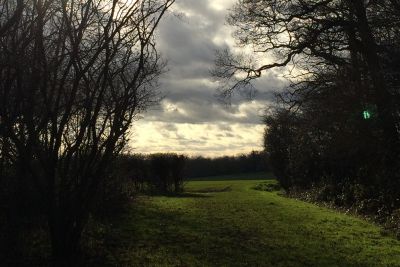 And, from the top of a stile on the path back to Otley, the fields stretch out in every direction. Helmingham deer park is not far from here; Framlingham and its castle are at the very end of the bus route. Maybe tomorrow I’ll head into Ipswich for the train out to the coast… there are plenty of routes to enjoy in Suffolk.

The East Suffolk Line from Ipswich to Lowestoft is the best way to reach the coast, and the website lists several walking routes from its stations. Some towns and villages also have bus services.

Buses to and from Ipswich serve most of the surrounding villages. They are not especially regular, but with careful planning you can easily fit in a good day walk between them.

In the west of Suffolk, there are plenty of enjoyable walks around Bury St Edmunds, such as this route along the River Gipping. 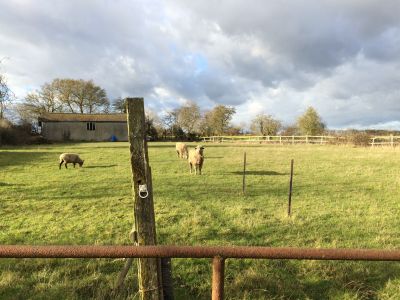