The mighty beeches of Berkhamsted

A family day out in the Home Counties

I’d never really thought about exploring Hertfordshire. The phrase ‘Home Counties’ drums up images of commuter towns, golf courses and… well, not much else. So when my sister suggested a walk on Berkhamsted Common with her 5-month old son, my instant reaction was that I’d actually rather be out in the Lakes or the Dales on a crisp winter’s day. 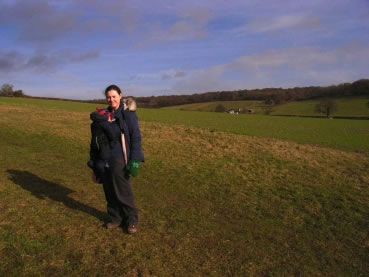 But, being a dutiful uncle, I agreed and started to examine the OS map of the Chiltern Hills North. Contours looping across the land north of Berkhamsted: good, a few hilly bits. Some green patches scattered around, so there’s some woodland… and, best of all, the little PH symbol marking a public house. Perhaps Herts was worth a visit after all.

From the station, we walked past the impressive ruins of Berkhamsted Castle – built by the half-brother of William the Conqueror, fact fans – and the town’s cricket club. Our route then turned uphill across farmland. The winter storms had turned the ground into a quagmire, which made for heavy going, especially with a baby in tow. The path led us through more fields planted with winter crops to a horse paddock, and then a final slippery climb took us onto Berkhamsted Common. 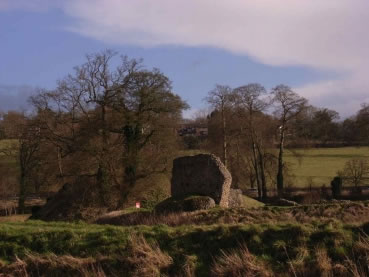 At this point any remaining scepticism about Hertfordshire vanished. The woodlands of the Common are a delight, with numerous tracks and bridleways weaving through the trees. There has been woodland here since mediaeval times, so the biodiversity is high. We followed a path to a small pond, which was a hive of activity. Robins, blue tits, great tits and a wren flittered among the bare branches. A woodpecker tapped away, out of sight but clearly heard, while a treecreeper scuttled about in a large oak near Brickkiln cottages. The prints on the muddy path showed that badgers and deer had also passed through recently. 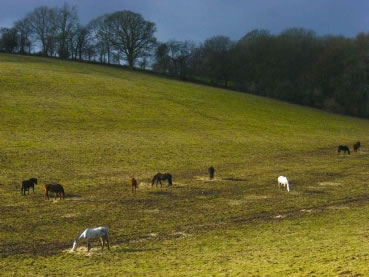 Nearby was Frithsden Beeches, a patch of centuries-old beech trees. These are some of the biggest in the country – William the Conqueror and chums would have come up here from the nearby castle to hunt – and the ancient practise of pollarding has left some unusual shapes in its wake. One tree in particular has found fame as the Whomping Willow in the Harry Potter films. 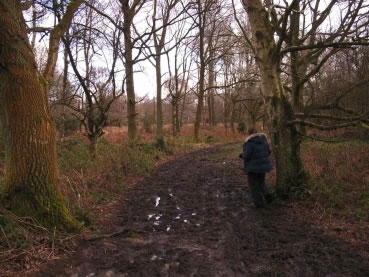 There was no sign of wizards on our visit, but dark clouds were gathering. The bright winter sun gave way to a cold rain, and we hurried back to town to search for one of those little PH’s.