A twelve-legged adventure in Dorset

It’s odd setting off for a walk without knowing where you are going. We had maps, and the risk of getting lost in Somerset is small (and not particularly worrying), but it was still a new experience to get off the train and think: “Which way?”

This was partly our own indecisive fault. Gary and I had been asked to write a leaflet of walks for South Somerset Council. Our mandate was simple; start and finish from stations along the Heart of Wessex line. Sounds easy, but the challenge was to make them interesting; could we find the hidden corners, the great pubs, and enough points of local interest to encourage others to follow our footsteps? OK, not exactly a burden to rival solving the Euro crisis, but these things can prey on your mind. 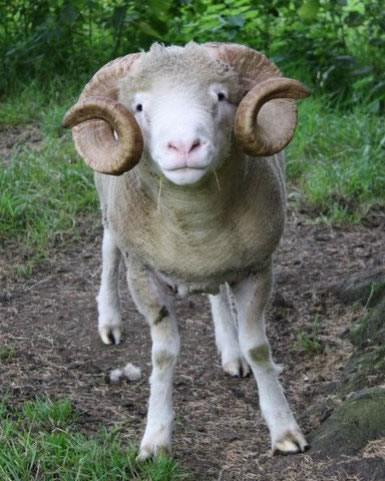 The first challenge was choosing where to start. With 20 stations along the line, we had to narrow our selection down. Some of the larger towns were ruled out on the basis of having their stations in the centre, rather than close to the countryside. Instead we decided to head towards the southern stations in Dorset towns and villages: Maiden Newton, Chetnole, Yetminster and Thornford. But after all this deliberation, there was no time left to plan the routes. Especially with the pub calling.

Bob and Jip, two sheepdogs on loan to Gary for the weekend, led the way as we set off to catch the train towards Maiden Newton. Top tip – if you want to strike up conversations with strangers on trains, take two large, friendly sheepdogs with you.

On the platform, we studied the map once more and decided to head towards Chilfrome, for no other reason than it had an amusing name. Where next? We were already an hour in and the indecisiveness was dulling our pace dramatically. In the village centre, an overloaded signpost didn’t help our cause – unknown villages in all directions. Chancing our luck, we headed for Toller Porcorum: would this be the charming little village worth exploring?

No. The pub was boarded up and looked like it had been for a while. The village notice board suggested not much was happening that day, or any other. It was also deserted, with not so much as a cat wandering the streets.* We bade a hasty retreat back towards Chilfrome, ready to roll again on the village roulette wheel.

Bob and Jip got a disappointment of their own on the way back. Passing down a farm track, we saw a huge flock of sheep being herded into a field. Following their instincts, the pair ran up to the fence to get a day’s work in, only to see two dogs already in there. Their ears shot up in surprise, and they turned back to Gary with confused looks; what was their role here? Had they really come all the way up from Dartmoor just to bumble around, when there were good sheep to be herded? Gary clipped them back on to the lead, and after a quick bout of canine bum-sniffing with their canine rivals, we returned to Chilfrome, and straight on to Cattistock.

This was more the kind of place. An old church that would sit well on a Christmas card, people ambling about and best of all a great pub – features worthy of any walking leaflet. The Fox and Hounds Inn ticked every ‘rural pub’ box: a host of obscurely named real ales; some West Country ciders (no sign of heavily marketed, mass-produced cooking ciders from Oirland here); a log fire (even in May); and a group of old boys at the bar discussing the Test Match against India. We ordered two pub lunches, for which ‘hearty’ was the only fitting description, and sat outside to make notes on our day so far, to write up for the walking leaflets. And this blog. 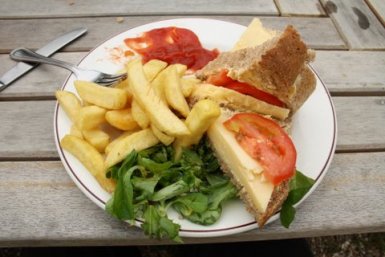 All trains on the Heart of Wessex line between Bristol and Weymouth stop at Maiden Newton.

The Fox and Hounds Inn is well worth visiting, and there are several pubs in Maiden Newton.

* Apologies to any residents of Toller Porcorum who feel we have been unfair on their village; we did only visit one day, and it was a midweek morning. If you can suggest a good walk around the village from a nearby bus stop or train station, please let us know!