Walking in the Chilterns

A guest blog post from Kieran Seale, founder of walkbyrail.co.uk

As the worst of the Covid pandemic draws to a close, what better time to encourage people to get out into the countryside for a walk? As a resident of northwest London, I have a special advantage in doing that - an urban rail network that reaches right into the heart of the countryside.

OK, I admit, I am biased. I was born and brought up in the Chilterns, and I think that they are one of the most beautiful places in the country to walk. They are also amongst the most accessible for those of us who live in the capital.

For example, take Chesham station. Within 100m of leaving the station you can be in open countryside. There are two trains an hour, seven days a week, usally from 6am until after midnight. Using an Oyster card the fare is only a couple of pounds. Other stations - Amersham, Chalfont & Latimer, Beaconsfield, Wendover and Tring - all have good rail services and wonderful walking nearby. 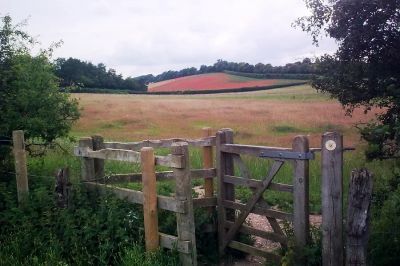 The rolling hills and vales

With this sort of quality service, using the rail network to go on walks is a no-brainer for me. Add to this the environmental benefits and the fact that using trains means you aren’t constrained to end your walk where you started - and the advantages are clear.

But a couple of years ago, when I was looking for a book to expand my repertoire of walks in the area, all I could find were ones that started from car parks. One large charity, which I shall leave unnamed, seemed to be the worst culprit. Despite owning substantial areas of woodland that can be easily reached from rail stations, they seemed only to provide walking details that start and finish at their car parks. Climate crisis; what climate crisis?!

So I started to put together information about walking options from rail stations myself and walkbyrail.co.uk was born. 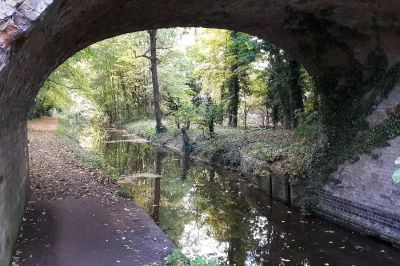 The Grand Union Canal between Wendover and Tring

I identified around 100 walks that have been suggested by others, and have added a couple myself. The walks on the site are listed by station and train operator, and I have included all the information walkers need about station and town facilities, ticketing and timetables.

I also include some tips based on my own experience. For example, if you are walking from a station like Chesham, by walking towards London to the next stations on the line you will have invariably increase your choice of trains to four or five an hour to take you back into town. 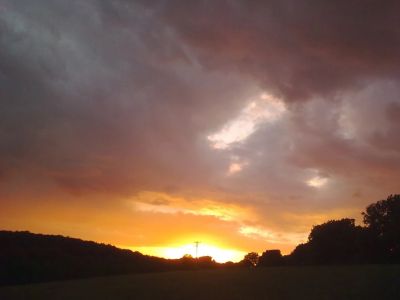 Sunset in the Chilterns

I sent all the information I had compiled to the local tourist board, pointing out to them that around 50% of households in London don’t have access to a car. They thanked me, then a week later sent out a selection of walks to do in the Chilterns, all of which started from a car park! It still amazes me how mentally wedded some people are to their cars.

Our country faces a mental health and obesity crisis. The world faces an environmental crisis. Surely the least we can do is make the best use of resources that we have. It’s time to walk by rail!

Visit walkbyrail.co.uk for all you need to know about using London's rail network to access the Chilterns.

Kieran Seale was born yards from Chalfont & Latimer station. He has led many walks in the Chilterns with friends and family.