Our selection for where to head during the colder months

Winter can throw up a few challenges for the car-free walker. Bus or train services might not run as frequently as in the summer months, and waiting for the bus in sub-zero temperatures is less appealing than at other times of the year. And for those without axes and crampons, many of our finest mountains are out of reach.

But there are positives, too. Almost all walks will be less crowded during the winter. Also, once the holiday period is over, you may be able to get a bargain deal on accommodation. And all of our cherished landscapes look at their best with a coating of frost or snow.

Here are some suggestions for where to head in the colder months. 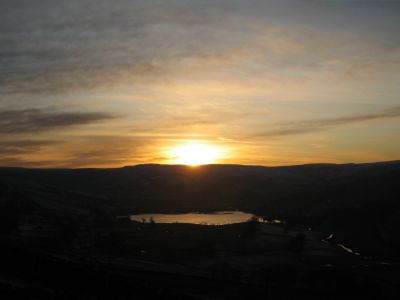 The woods around Pitlochry

The wooded banks of the River Garry are particularly special in the winter months, and there’s a better than average chance of snow. Buses run from Pitlochry to Killiecrankie (but note the visitor centre in Killiecrankie is closed in winter).

Few views beat that of the Somerset Levels with the winter sun setting over them. This walk, which starts at Bruton station on the Heart of Wessex line, gives you a taste of them.

Take the train from Chester or Manchester to reach Delamere Forest, which has its very own station. Short or longer walks can be made from the station, including our route which explores the areas both north and south of the railway. If you have a wait for the train back, there is a café at the nearby Go Ape centre.

If wind or snow rule out the hills of central Snowdonia, why not explore the edges? This walk to Aber Falls can be extended with longer routes over the lower-lying Conwy Hills on the National Park’s northern boundary.

Along the Thames Path

If you find yourself in and around the capital this winter, take a stroll along the Thames Path. In summer this is a medley of families, cyclists and fellow walkers, but in winter you are likely to find more peace and tranquillity. There are loads of great pubs as well, perfect for a winter’s day.

Nothing clears the cobwebs like a blast of sea air; get your new year fix on this route around Ogmore-by-Sea in South Wales.

Raydale is far less well known that its famous neighbour, Wensleydale. Starting from Bainbridge, this walk explores the hills of the dale that rise above Semer Water, one of the Yorkshire Dales’ loveliest spots. There are buses along Wensleydale during the winter months.

If you need to clear your head after a big night out in Edinburgh over winter, head to the nearby Pentland Hills for some fresh air and exercise.