Pick of the tops

Car Free Walks has been running for nearly seven years, and we have had hundreds of walks submitted in that time (thanks, everyone!)

But which routes have had the highest ratings from users over the yeas? The results may surprise you….

In fifth place is Cader Idris. No shocks here: this is a Welsh classic, a walk that you might expect to find even higher up the list. Arguably Wales’ most shapely hill, Cader Idris is likely to be in the top five of many walkers’ lists. Our walk from Dolgellau also avoids the crowds on the more commonly used route from Minffordd. So far, so good. 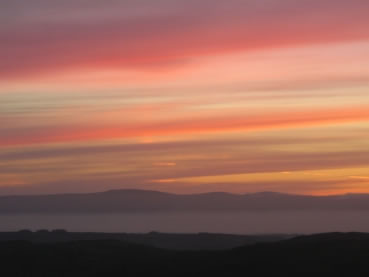 Sunset in the Lakes

Coming in at fourth is the first surprise – the Fairfield Horseshoe. Not that it’s in the top five, but I had secretly expected this to be number one. It’s a must for anyone visiting the Lakes and, as the route starts in Ambleside, one of the most accessible high-level routes in the region.

We head across the Pennines for number three, over to the Yorkshire coast. Us walkers in the UK are lucky to be surrounded by stunning coastline, but this section between Scarborough and Filey is one of the finest. It has it all – cliffs, beaches and birdwatching, as well as an excellent bus service and train connections between the two towns. What more could you want?

As expected, we head to the Peak District at number two, and straight to… what’s this? Not Kinder Scout? Not Mam Tor? Not even Stanage? No, our most popular walk here is a pootle along Padley Gorge from Grindleford. This is a beautiful short walk and worthy of a trip to the Peaks by itself. 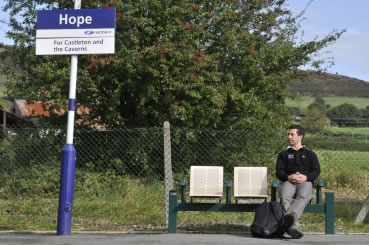 Waiting for the train to Grindleford?

And so, drum roll…. the walk rated as the best on the website is…. Manorbier to Tenby in Pembrokeshire! I must confess this came as a bit of a shock. Not because it’s not a fantastic day out – there is no better coastline in the UK than this part of Wales – but simply because I had expected a better-known route to top the charts. But there are only two conclusions that can be drawn from this. One, our users are a discerning bunch who know a good walk when they see one; and two, the UK is bursting with fantastic routes. Now, let me check the train times for Pembrokeshire…

Note: our ratings for 'best' walks are based on the number of stars given and the number of votes cast. So a walk that has a five-star rating might not be in the top five if it has fewer overall votes.